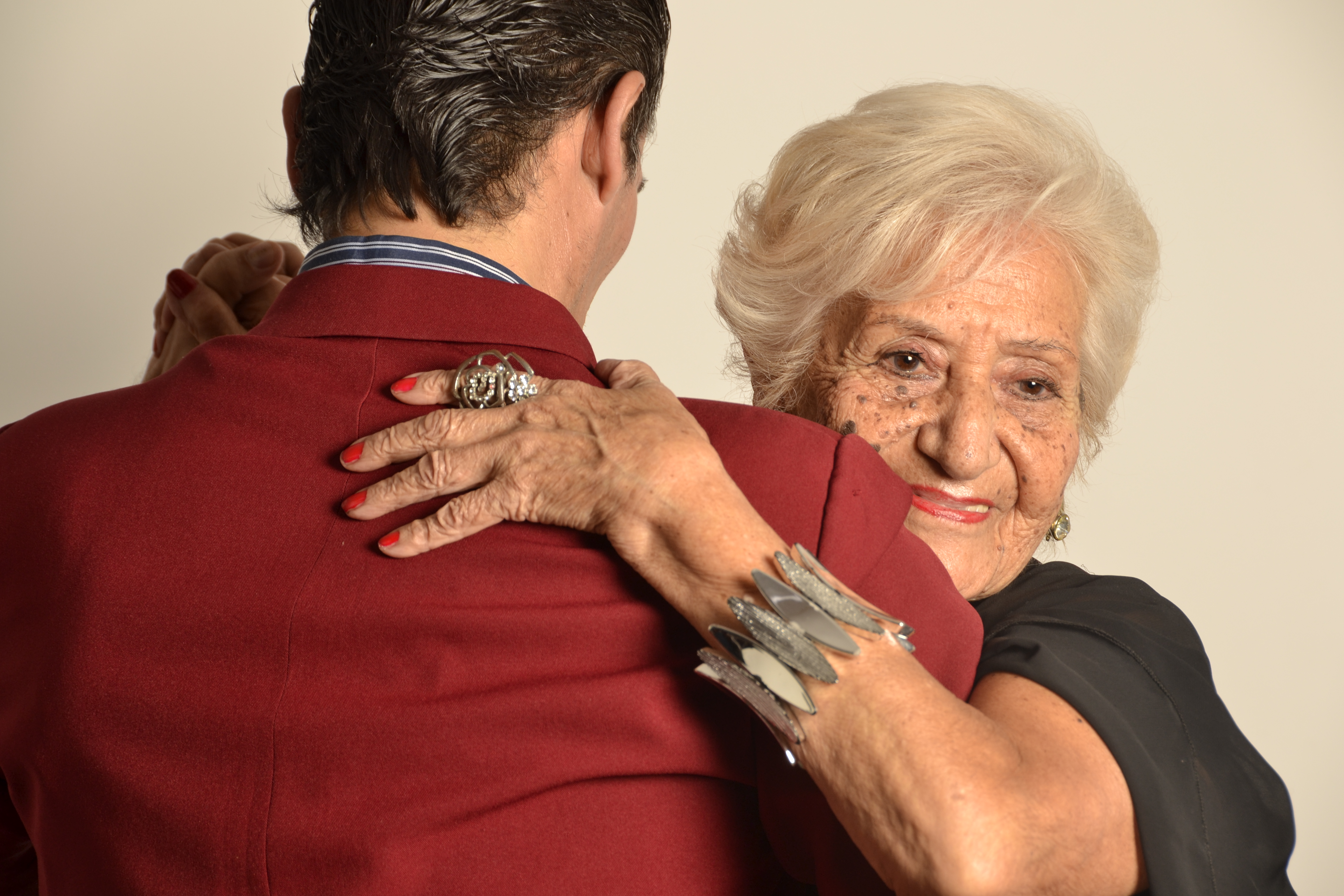 Blanquita, the only Illustrious Milonguera in the City of Buenos Aires, is 95 years old and has been dancing non-stop for over 80 years

At 91 she was semifinalist of the Tango World Cup in Buenos Aires. In fact, Blanquita is the First and the only Illustrious Milonguera Woman of the City of Buenos Aires, since 2014. Currently performs with her dance partner EL PUCHU.

For the 1st time in EUROPE, the last live history of tango – BLANQUITA – exclusively at the tango festival CINCO SENTIDOS!

She gives tango most of the credit for her health and vitality. With a huge smile and an authentic look, Blanca Ilma Biscochea, Blanquita as they all call her, proudly reveals she is 95 years old  and  that she has spent the latest 80 years dancing tango.

She points out that tango is undoubtedly the reason for her good health, her vitality, her enviable memory and a sense of humor and mischief, which seem to remain intact despite the passage of time.

“Tango has a lot to do with my health. It is joy, it is my passion. When I have bad thoughts I play the music and lyrics in my mind or think about what I am going to wear to go to the milonga later on in the evening and all the bad thoughts go automatically away. I never think about how old I am. Music relaxes me. Dancing makes me happy. Until God gives me life, I will continue to dance.” says the milonguera.

She has been dancing tango for more than 80 years and since then she only stopped for a year when she became a widow (at 53) because her husband, Roberto Segat, was also her dance partner. 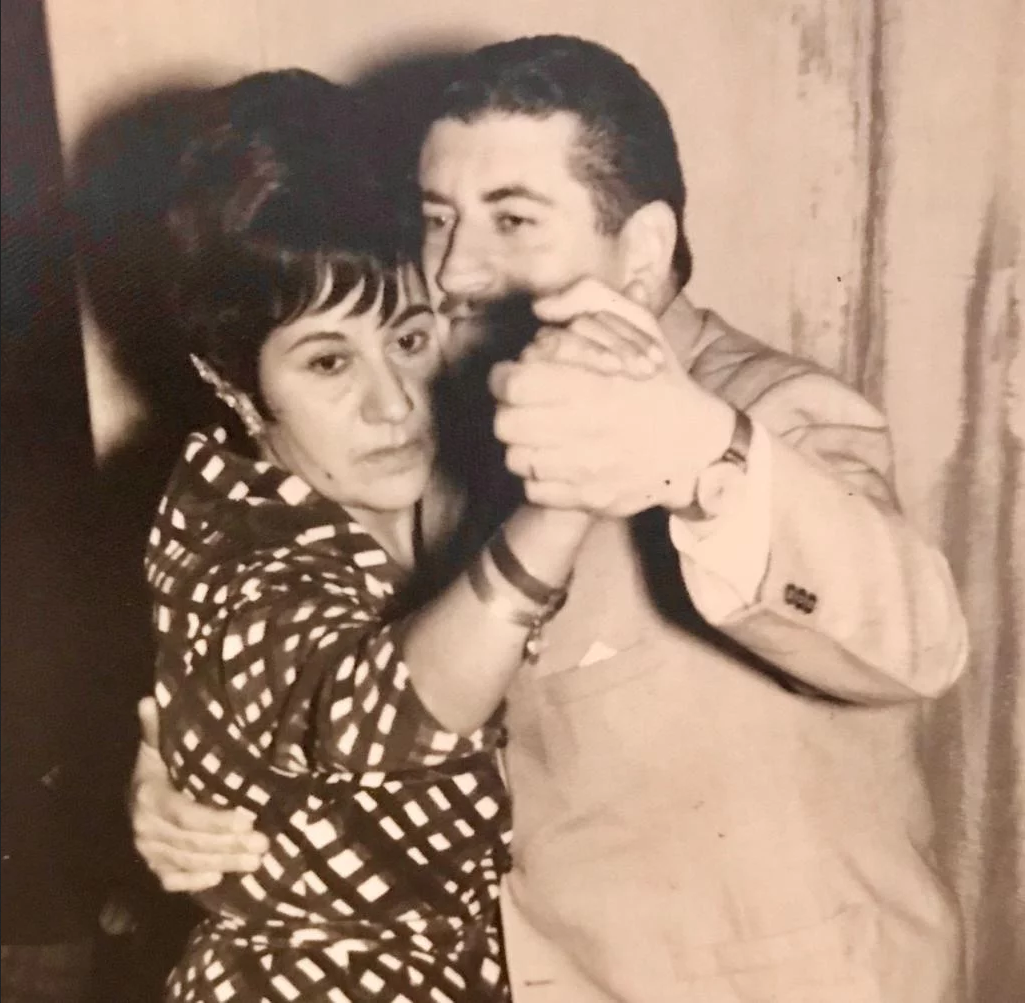 Blanquita, with her husband

Blanquita’s vitality is remarkable. She dances tango four times a week and she even wears 8cm high heeled dancing shoes. She treasures ten pairs of them:

“I have a bit of osteoarthritis in the knee and it sometimes hurts but when I put on my heels to go dancing all that pain goes away. I can´t walk or dance without my high heels”. 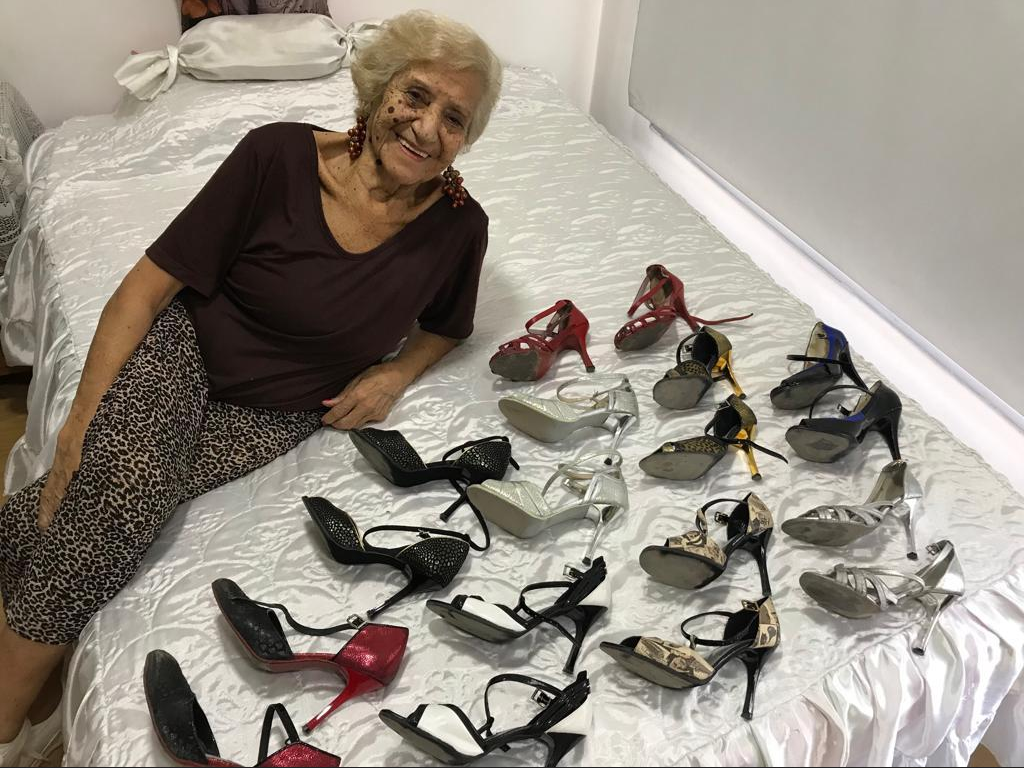 For the milonguera, the secret of her longevity lies both in her good character and also in following a healthy balanced diet. Besides a healthy diet, Blanquita believes that a positive attitude is very important to feel good.

“I try to think beautiful things, I am a very calm and positive person. I try not to think about aches and pains or about bad experiences of which I have none, thanks God. I am very happy and I like that the people who are by my side have a good time too,” says the milonguera.

Despite coming from a large family (she is one of eleven brothers and sisters) she had no children of her own. However, that love is not lacking because the young people of the milonga take care of her and pamper her like a mother. Especially her current dance partner Humberto Pouchulú, “El Puchu”, forty four years her junior, who she sees and loves as if he were her own son.

“I started dancing with Blanquita when she was 87 years old,” said El Puchu. “I realized that I could dance well with her and I took that as an opportunity to show the world respect for the elders.” said El Puchu, who has a special respect and love for the elderly.

So in 2015, El Puchu and Blanquita participated in the Tango World Cup in Buenos Aires and reached the semifinal.

Blanquita, at Tango World Cup in Buenos Aires with El Puchu in 2015

When asked about the difference between dancing with Blanquita or with a younger woman, El Puchu said:

“The tango style is the same it is just the embrace that becomes a bit tighter but at the same time more gentle”.